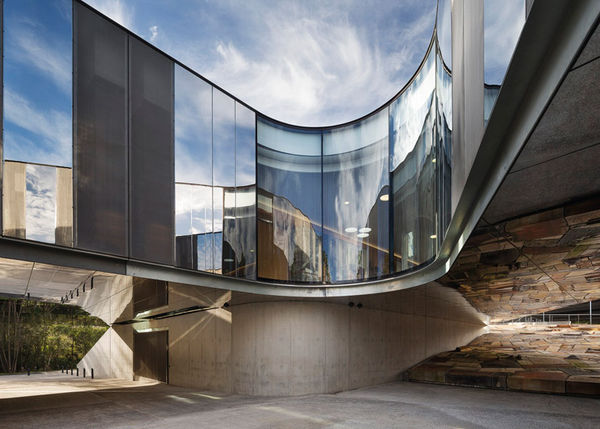 The Australian Plant Bank Curves to Merge with the Land

Meanwhile, the facade is made up of interspersed mirrored panels, which are sandwiched between large windows. The windows are shielded by an alternating array of punctuated metal screens and protruding louvres.
1.3
Score
Popularity
Activity
Freshness