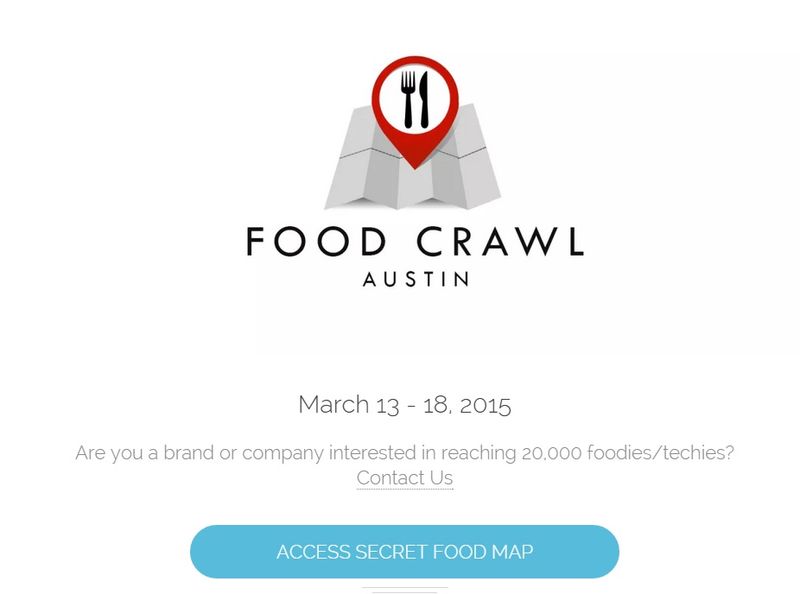 Jana Pijak — March 16, 2015 — Lifestyle
References: app.foodcrawl.co & foodcrawl.co
Taking place from March 13th to March 19th, the Austin Food Crawl is an event that is catered toward SXSW presenters and techies. The interactive music, film and texh festival has drawn in thousands who are looking to gain inspiration from some of their favorite names in business.

In addition to its business keynotes, live performances and tech launches, SXSW is also known for its food trucks and food-themed events like the Austin Food Crawl. Participants will be given access to the event's secret food map and are able to take in the tastes of the Texas city.

While participating, these individuals will also be able to enter for a chance to win prizes from local bars and restaurants that sponsor the popular event.
4.3
Score
Popularity
Activity
Freshness