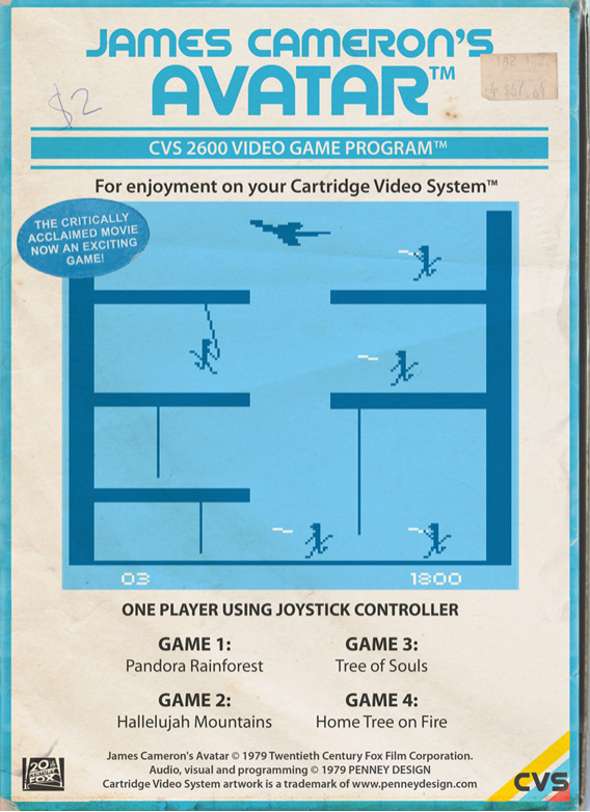 Jason Soy — May 19, 2011 — Tech
References: penneydesign & visualnews
Games based off of films are notorious for being quick cash-ins, and with these Atari movie games, you can show off how hip you are by owning a piece of non-existing video game Americana.

Crafted by Penney Design, these fictional covers for Atari movie games show people how their favorite modern-day classics would look if it were an 8-bit era video game title. It’s actually quite impressive that Penney Design had the foresight to imagine the gameplay of each of the film titles and to put them on the covers of each box. Throwing little white sticks and javelins is probably as good as it gets in an Atari version of the film Avatar.

Personally, I’m most impressed with Penney Design’s care in making such convincing used covers for these Atari movie games. Some of them even have scribbles and ludicrous price tags retro gamers frequently encounter in used game stores.
4.6
Score
Popularity
Activity
Freshness