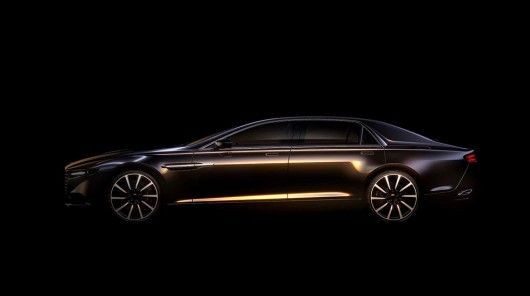 Rahul Kalvapalle — July 28, 2014 — Autos
References: amazon & gizmag
Share on Facebook Share on Twitter Share on LinkedIn Share on Pinterest
The all-new Aston Martin Super Saloon is a highly exclusive, limited edition car that will only be offered for sale in the Middle East. Moreover, it will only be offered via invitation, meaning only the wealthy who's who of the Arab world will be seen driving around in one of these.

This Aston Martin Super Saloon is inspired by the William Towns-designed 4-door Lagonda car from 1976, which is renowned for innovations such as solid state digital instrumentation. The new offering also features more recent Aston Martin signature traits, such as the use of carbon fiber in the body panels.

The super saloon will be built at Aston Martin's manufacturing facilities in Warkwickshire, England in a dedidacted building. Its release follows in the footsteps of other headline-grabbing Aston Martin releases in recent times, including the V8 Vantage N430 and DB9.