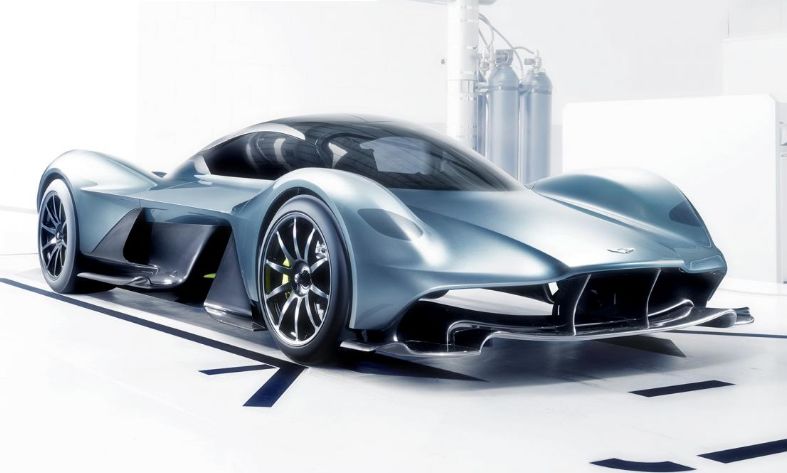 Hayley McGlone — July 6, 2016 — Autos
References: topgear & theverge
Share on Facebook Share on Twitter Share on LinkedIn Share on Pinterest
Aston Martin and Red Bull have come together to co-create a car that aims to be the fastest production vehicle in the world. The AM-RB 001 is the new hypercar being developed by Aston Martin, with Adrian Newey, of Red Bull's F1 racing team, in charge of technical development on the car.

This incredibly powerful car will be released in limited production, with Aston CEO Andy Palmer stating that there will never be more than a maximum of 150 of the road-going hypercars created, with potentially less than 100 being produced.

The AM-RB 001 will have a compact naturally aspirated V12 engine, which is the key to its goal of becoming the fastest production vehicle. Newey has hinted that the car will have around 1000bhp. Although there are still some specs to be sorted out and developed, this car will certainly take the breath away of anyone who catches a glimpse.
3.6
Score
Popularity
Activity
Freshness
Attend Future Festival