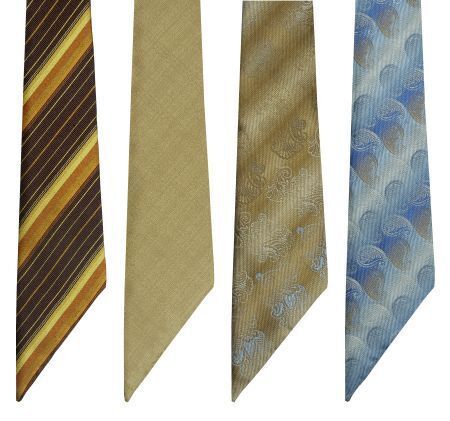 Hilverkus — March 20, 2007 — Fashion
References: SourceBlog
Share on Facebook Share on Twitter Share on LinkedIn Share on Pinterest
The necktie has, for ages, been a reflection of character, style and assurance. Yet, for decades, it has remained in the shadows. The time has come to focus on this classic accessory of men's fashion that is said to speak volumes about the man.

Hilverkus' new patented necktie has been introduced. Contrary to the width variations that neckties have seen in the name of fashion, Hilverkus Design has altered the looks of the necktie, yet retained it original feel; a feat that's hard to achieve. A must in the wardrobe of every successful businessman, this new design it adds a sense of luxury and richness to the attire. The new design is for the man who wants to set himself apart subtly, without being overdressed.
The demise of the tie has been predicted quite often - as the only piece of a man's attire with no function - but the tie continues to hold on. Neckties have a colorful and unusual history that dates back to the year 1660. In celebration of winning a war against Turkey, a regiment from Croatia was presented as heroes in Paris to Louis XIV. The officers of this regiment were wearing brightly colored silk handkerchiefs around their necks. These neck cloths struck the kings fancy, and he soon made them a symbol of royalty. The new style soon spread over the years.

Be it a style statement or a show of vanity, Hilverkus has a clear opinion â€“ a little vanity and plenty of style does good. After all, the new design is the seal of modernity and self-confidence.