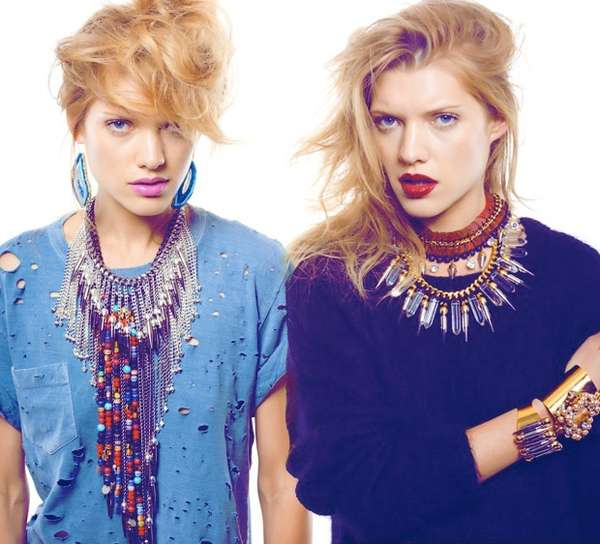 The Assad Mounser AW11 Lookbook is Full of Rich Relics

Meghan Young — May 31, 2011 — Fashion
References: assadmounser & fashionising
Share on Facebook Share on Twitter Share on LinkedIn Share on Pinterest
Although there is something very hipster about the Assad Mounser AW11 lookbook, the tribal aspect of the jewelry gives it a sense of culture that makes the lines itself seem more timeless. The balance of these two aspects gives the catalog an interesting vibe that makes you want to get every piece.

Photographed by Henry Mounser and modeled by Flynn Kelly, the Assad Mounser AW11 lookbook features the collection titled Neo Conquistado, which was featured on Trend Hunter earlier this year. The catalog images give the line a whole new life.

Centered around the idea of a destroyed empire and the creation of a new world, the Assad Mounser AW11 lookbook's eclectic jewelry pieces of exploding gem fragments and metal rods seem like long lost relics.