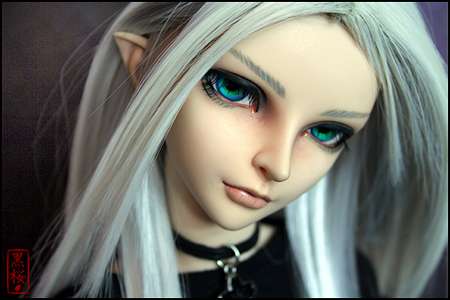 Camster M — December 27, 2007 — Art & Design
References: volks.co.jp & denofangels
Share on Facebook Share on Twitter Share on LinkedIn Share on Pinterest
There’s nothing childish about these fully poseable, anatomically correct dolls, known by serious collectors as ABJD – Asian Ball Joint Dolls. Handcast from resin, which give them a life-like, almost porcelain look, they look wonderfully ethereal in photographs. The fun lies in customizing your “blank basic” (which costs anywhere from $100-400) by choosing eyes, hairstyles, designer clothes, even tattoos and piercings…the possibilities are endless.

Ball-joint dolls have been around for ages, but fans favor those manufactured by Japanese company Volks. Collectors usually own several of these beauties, including replicas of celebrities, or even idealized versions of themselves. Depending on your sense of aesthetic, it would be cool – or creepy – to get one as a present. My favorite ones are the edgy, gothic little lolitas that resemble rockstars, vampires, and elves.

Very few of these companies have physical shops. There’s very little advertising, and the hobby’s legion of enthusiasts are attracted largely by word-of-mouth, or by stumbling around on the web looking for photographs. The first ever ABDJ Convention in Southeast Asia, The Doll Affair, will be held in Singapore on December 29.