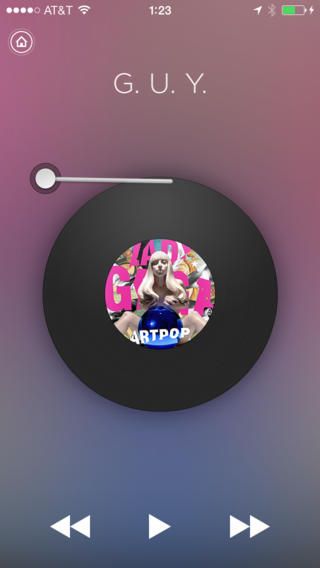 Laura McQuarrie — November 11, 2013 — Pop Culture
References: itunes.apple & theguardian
Share on Facebook Share on Twitter Share on LinkedIn Share on Pinterest
Lady Gaga’s ‘ARTPOP’ album app was just released to coincide with the launch of her new album, providing an experience that combines music, fashion, art and technology. The app is comparable to Bjork’s ‘Biophilia’ music app, which was released in 2011, that also provided new ways for people to interact with an artist's music.

As you might imagine, Gaga’s app is on the artsy side. It begins with ‘Petga,’ a character that asks for the user’s name and “scans your aura,” which allows users to choose traits that represent them. These include options like artistic, entrepreneurial and psychic. The app goes on to ask about the user’s interests, the themes from ‘ARTPOP’ that are most interesting to them and what lyrics speak most to the user. The more the app is used, the brighter a user’s “aura” will glow.

For fans that have purchased a digital copy of ‘ARTPOP,’ it will be available on a turntable within the app and continuously plays even if a user is interacting with other parts of the app. Fans are encouraged to create projects, chat and one of the most exciting features is that there are notifications for works that have been viewed by Gaga herself.
1.2
Score
Popularity
Activity
Freshness
Get Trend Hunter Dashboard