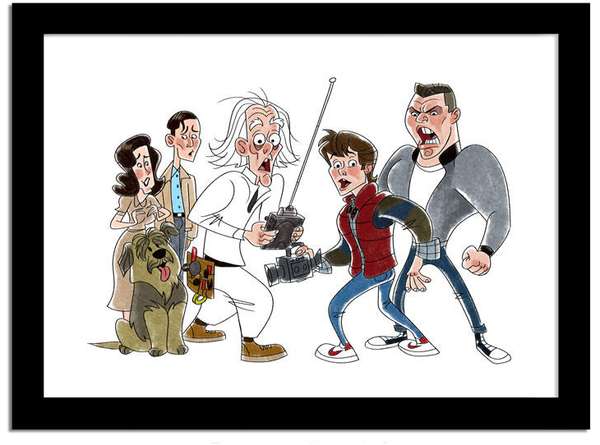 Having done illustrations for Disney and Nickelodeon, acclaimed artist Steven Silver was born in Britain but made a name for himself in the United States. After being named a Character Designer at Warner Bros. Television Animations, Silver went on to work on shows like Kim Possible, Danny Phantom and the animated series for Kevin Smith's Clerks. The accomplished illustrator's recent work features caricatures of characters from a multitude of prominent '80s films. Some of the all-time greats get the cartoon makeover here, including the cast from Back to the Future, The Goonies and Indiana Jones.