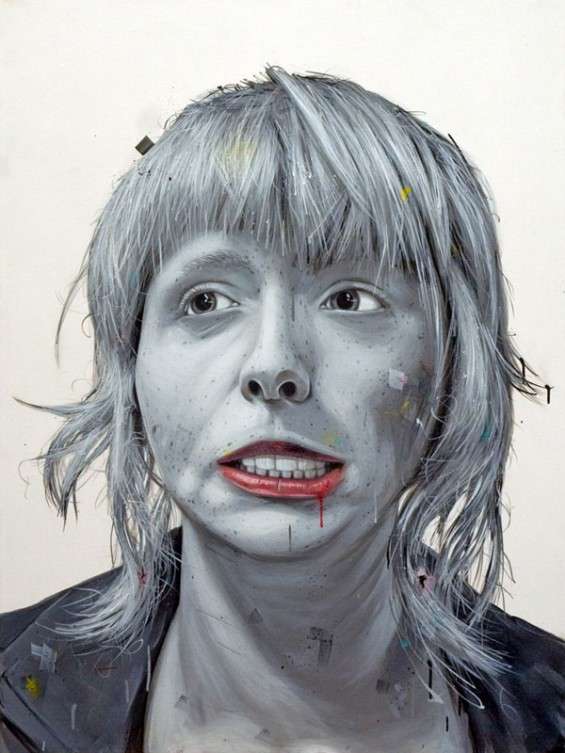 As an artist, Robert Mearns plays with the typical conventions of portraits by taking photographs of everyday Vancouverites from baristas to streetwalkers to burritomakers, and illustrating them with adding of color in otherwise monochrome portraits. The result is an eye-catching, hodgepodge portfolio of real people engaged in their most natural looks.

As an artist, Robert Mearns comes equipped with a ready-made ideology that influences his work. Thanks to the Internet, Mearns believes, "Youth culture is suddenly defined by the constant ability to pick and chose, putting pieces of past ethos together, creating a mismatched mash-up of ever-evolving cultural fragments," reads his artist statement. "These fads, opinions, and aesthetics are tossed away just as easily as they’re donned and absorbed, making the individuals that embody them creatures of constant flux."

As an artist, Robert Mearns has had his work exhibited over 25 times in his native Vancouver and he has been featured in publications like Factory Magazine, Art & Sole and Ion Magazine.
6.4
Score
Popularity
Activity
Freshness
Get Better and Faster

Portraits Made From Peas
The Lee Mericks Will.I.Am Portrait is Made from 5Kg of Black Eyed Peas