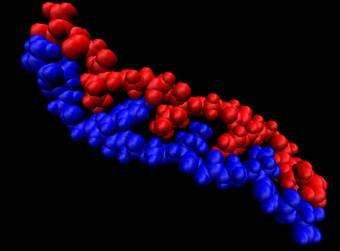 Ultra-Strong Fibers Made From Proteins

IdeaMan — March 7, 2008 — Unique
References: afmc.af.mil
Share on Facebook Share on Twitter Share on LinkedIn Share on Pinterest
Spider silk has long been recognized for its significant strength to weight properties. However, producing it on a commercial scale has proven elusive. It seems that when large quantities of spiders are put together, they tend to eat each other. Not a desirable feature for any farm! Fortunately, a University of Wyoming research team, with support from the Air Force Office of Scientific Research, has developed a way to create the silk artificially, using biotechnology.

First, the team inserted artificial spider silk genes into bacteria, resulting in bacteria that produce a specific protein. The proteins are then spun into fibers and evaluated to optimize the desired properties. The team has also found success in genetically modifying goats to produce the necessary protein in their milk. According to the Air Force website, "the proteins derived from the goat's milk can be spun into strong, lightweight, and extremely elastic silk to be used in the construction of light, bulletproof vests for the military. The fibers can also be used for much stronger parachutes enabling larger payloads to be delivered. They can also be used to create artificial ligaments." Reportedly, the experimental silk is stronger than Kevlar and more flexible than nylon.