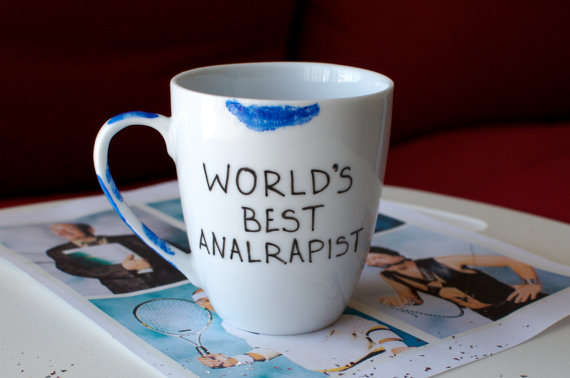 This Arrested Development Mug Will Drive Away the Blues

One of Arrested Development's iconic characters, psychiatrist-turned-actor Tobias Funke, once declared himself the world's first analyst/therapist. The combination of the two words, however, tells a different story.

Arrested Development fans can now own their very own mug proclaiming them the king of Tobias's unique profession, complete with blue handprints from Tobias's Blue Man Group days. The mug is completely original, with the owner painting each letter herself before firing the cheeky thing. This means that if you order this quirky and hilarious mug, it will be like no other quirky and hilarious mug ever created -- that's worth a few bucks.

So if you're just blue yourself, drink your Gobias Industries coffee out of your very own authentic (albeit vulgar) Arrested Development mug -- you'll be the talk of the office.
5.6
Score
Popularity
Activity
Freshness
Get Better and Faster