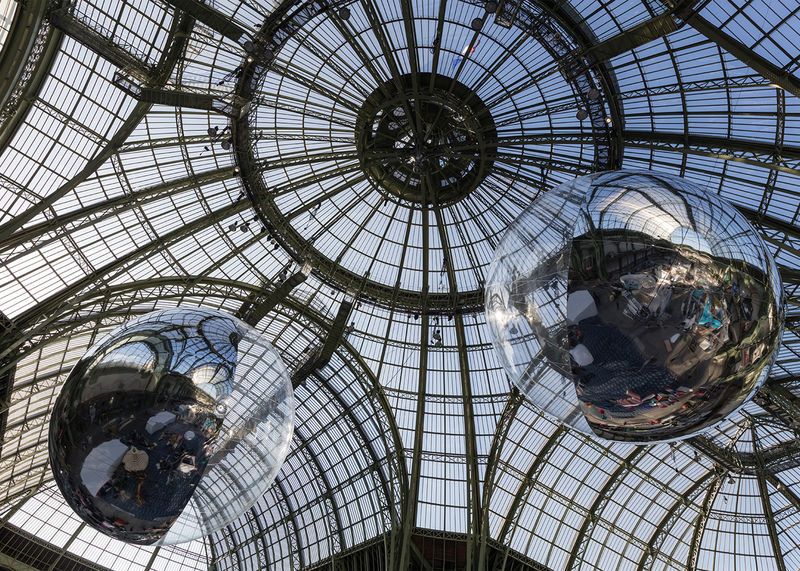 Rebecca Byers — December 11, 2015 — Eco
References: dezeen
Share on Facebook Share on Twitter Share on LinkedIn Share on Pinterest
Argentinian Artist Tomas Saraceno has transformed the interior of Paris' Grand Palais with a series of enormous suspended metallic orbs. Made from Aerocene, the pair of air-filled metallic orbs are an interesting exploration of science, given that the suspended balloons are engine and fuel-free.

The Argentinean artist, who maintains that Aerocene will have an important role as a material in the post-fossil-fuel age, has the goal of becoming the first person to circle the globe without an engine or fuel, which he plans to do inside an Aerocene bubble filled with hot air. According to Saraceno, the Aerocene bubbles could also travel along natural jet streams.

The unique art installation rooted in science will be on display in Paris during the ongoing climate conference.
3.9
Score
Popularity
Activity
Freshness
Attend Future Festival