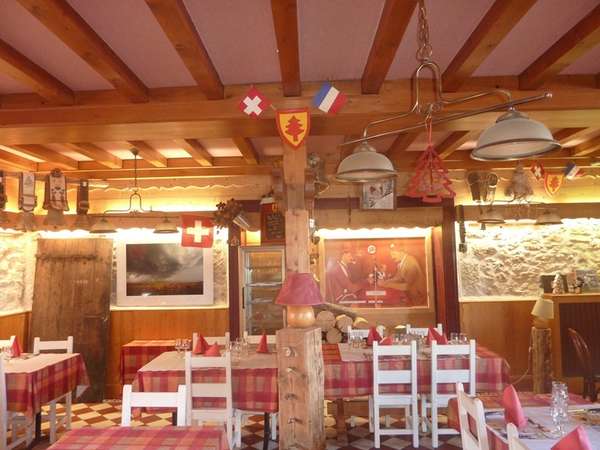 The Arbez Franco-Suisse Hotel Lies Directly Between Switzerland and France

Jordy E — March 30, 2012 — World
References: arbezie-hotel & amusingplanet
Share on Facebook Share on Twitter Share on LinkedIn Share on Pinterest
At a glance, the Arbez Franco-Suisse two-star hotel appears to be a typical ski chalet. Adorned with wooden planks and a cozy country-style kitchen, it is the perfect stop-over for locals and tourists alike. Situated in the quaint La Cure town, the spot stands at just over a thousand feet above sea level.

Despite the inn's charming appearance, there is actually far more to the Arbez Franco-Suisse hotel than what meets the eye. Built in 1862 by businessman Monsieur Ponthus, the establishment has managed to remain on the exact border that lies between France and Switzerland. This means that Arbez Franco-Suisse patrons may visit both countries in one stay -- even within the span of one minute if they so choose.

The bi-nation feature of the Arbez establishment is unmatched in the hospitality industry, and will likely remain as such due to sanctioned territorial legislation.
3.3
Score
Popularity
Activity
Freshness
Get the 2021 Trend Report FREE