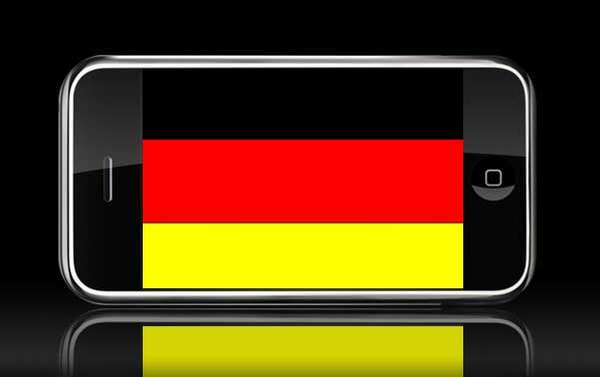 Germans Not Crazy About iPhone

Bianca — November 9, 2007 — Tech
References: uk.reuters
Share on Facebook Share on Twitter Share on LinkedIn Share on Pinterest
It may be the most covetable mobile device everywhere else in the world, but in Germany, the iPhone didn't hold that much appeal. Yesterday marked the phone's launch in the European country, but Germans weren't quite ready to shell out the dough for the music playing/web-browsing Apple cell phone.

It wouldn't be fair to say none of them were interested -- a few hundred T-Mobile customers lined up outside Deutsche Telekom shops, eager to bet the first to purchase the 399 Euro iPhone. In Cologne, they stood outside in the poring rain, even before the sun had begun to rise.

"T-Mobile representatives handed out blankets, umbrellas as well as hot tea, coffee and pretzels for those waiting outside," Reuters reported.

"'All of us are Mac (Apple Macintosh computer) fans,' said a man who works in a MP3 store and was waiting with two of his friends. 'The iPhone is the best phone in the world,' he said."

Those were the die hard fans... and the majority were male. Most Germans, however, weren't so keen.

"Germans in downtown Frankfurt lived up to their reputation for thrift and resistance to hype," Reuters said.

"Outside the T-Mobile store on Frankfurt's main shopping street, people hurried to work without noticing the placards outside the shop proclaiming the iPhone's arrival."

"One solitary would-be buyer loitered outside the shop an hour and a half before opening time."

"'I'm astonished there's no one else here,' said 34-year-old Uwe Berger, a computer programmer who fell in love with the iPhone on a recent visit to the United States. "

Having spent a lot of time in Germany, I know it's a country usually enamored with new technologies, particularly with mobile devices. I'm was quite surprised when I heard that news.