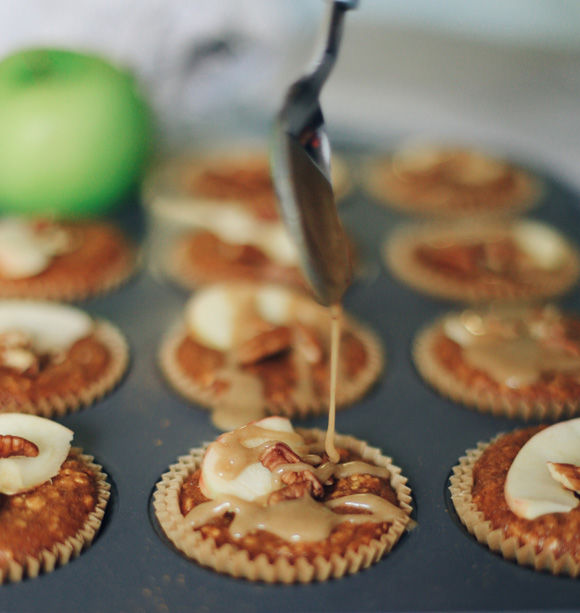 Alyson Wyers — September 17, 2015 — Lifestyle
References: blog.freepeople
Share on Facebook Share on Twitter Share on LinkedIn Share on Pinterest
This apple cinnamon muffins recipe is the perfect way to welcome in the new season -- especially if you have dietary restrictions and stick to only plant-based foods. From intern Monica at the Free People blog, the Vegan Cinnamon Apple Muffins are also topped with a cinnamon glaze. This gives you a healthy dose of some autumnally appropriate spice.

If you are eager to ring in fall, the apple cinnamon muffins make a great snack or breakfast on the go. You will require ingredients such as brown sugar, cinnamon, nutmeg, apple, granulated sugar, baking powder and soda, rolled oats, vegetable oil, applesauce and unsweetened soy milk. The glaze is made out of light brown sugar, cinnamon, coconut oil or all-purpose flour. You can add your own toppings, for example pecans, cinnamon sugar or sauteed apples.
3.6
Score
Popularity
Activity
Freshness
Attend Future Festival