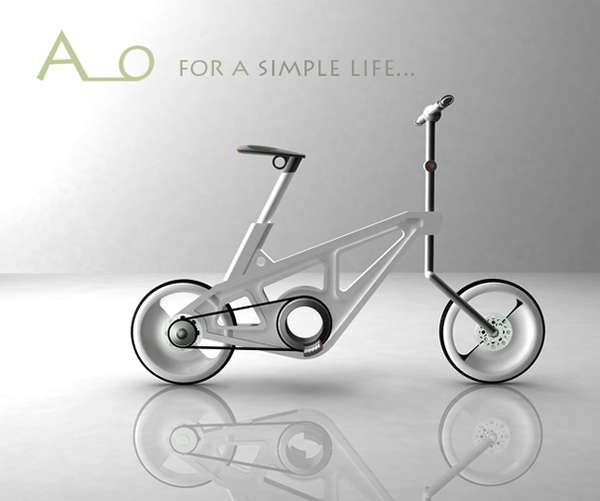 The AO Plastic Bike is the Greenest Way to Get Around

Alex Scott — March 22, 2010 — Eco
References: omersagivdesign.blogspot & yankodesign
Share on Facebook Share on Twitter Share on LinkedIn Share on Pinterest
Having my bike stolen last year (which, I have to admit, was a pretty big heart break), I am in the market for a new ride, and with so many models out there it's hard to choose. That said, if I came across the AO Plastic Bike in a store, I would seriously consider laying down some cheddar right there.

Designed by Omer Sagiv, the AO Plastic Bike has a frame made entirely of, yep you guessed it, plastic. That plastic, however, happens to be 100% recycled, which hugely cuts down on the retail cost of the bike. Other notable features include a single gear system as well as dynamo-powered lighting.
2.8
Score
Popularity
Activity
Freshness
Attend Future Festival

Forkless Bicycles
Olli Erkkila Invents a Stylish Bike Unlike Any Other