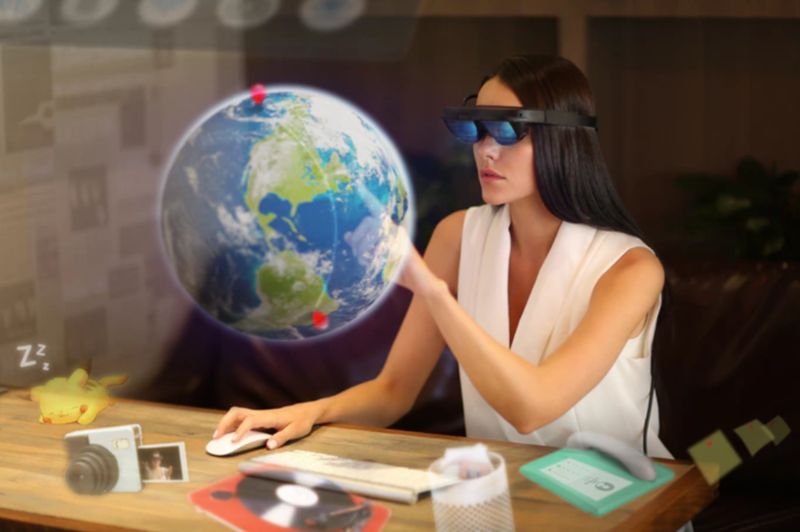 The ANTVR Mix is Compatible with SteamVR

Joey Haar — May 15, 2018 — Tech
References: kickstarter
While virtual reality headsets are getting the majority of the attention in the immersive entertainment space, many believe that augmented reality glasses hold more promise in comparison, and the new ANTVR Mix glasses are currently realizing some of that immense potential. The glasses provide a tremendous field of vision, making mixed reality something that no longer needs to be exclusive to the fictional worlds of sci-fi films.

Augmented reality glasses stand apart from virtual reality headsets in that virtual reality headsets inherently disconnect people from the real world. While that can be beneficial in certain respects, the media that tend to succeed are those that allow people to engage both alone and in concert with others. Since augmented reality glasses like the ANTVR Mix allow users to see both virtual projections and the real world, it makes social play and experience seamless.
6.9
Score
Popularity
Activity
Freshness