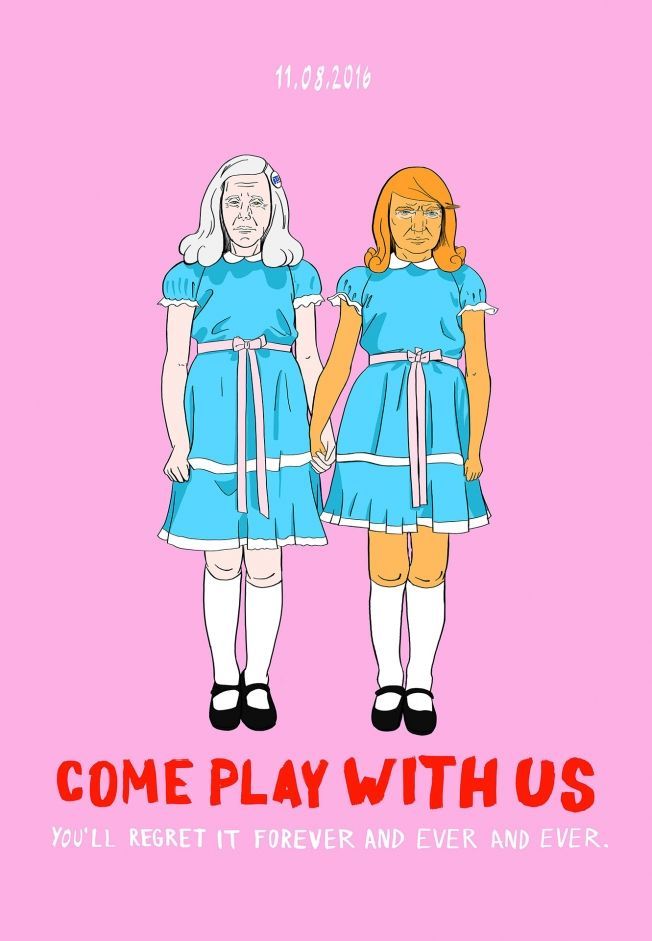 The anti-Trump posters portray the presidential candidate in various fictional stories, in Dr. Strangelove, Dumb & Dumber, Thelma & Louise and The Shining. Each poster is colorfully illustrated with a quote at the bottom referencing both the story and why the designers think Trump isn't a good choice for President. A Humpty Dumpty poster features the political candidate as "Dumpty Trumpty," with the caption: "All the king's horses and all the king's men must put the country back together again."

The idea to portray Trump in these stories comes from "the fact that life with Trump running for president has become stranger than fiction," according to the copywriter for the posters, Nick Elliot.
4.4
Score
Popularity
Activity
Freshness
Get the 2023 Trend Report FREE