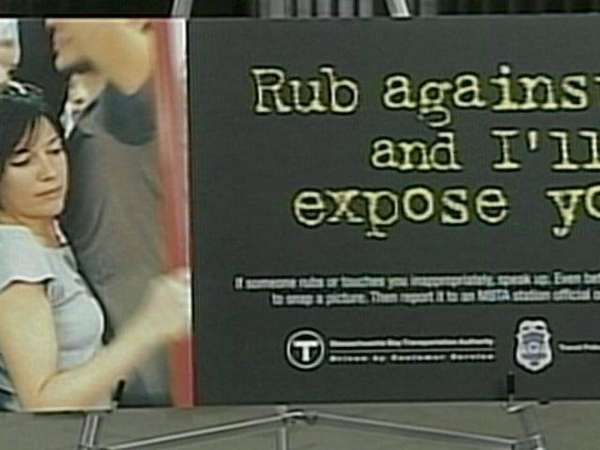 A series of three ads will run on posters around Boston, including on 900 billboards. With slogans like, "Rub against me, and I'll expose you," the campaign is intended to empower women to stand up for themselves and report any incidences of molestation or sexual harrassment of any kind on public transit. See the video here.

Many females have to endure being harrassed on buses and subways, so this campaign is much needed. However, it won't prevent these cases from happening entirely. It would be nice if they could, but how could you ensure men don't act inappropriately?

Taking the subway in New York proved an uncomfortable experience for my friend recently, as she was smacked on her behind after a man accused her of bumping his foot. Countless men ogle as well, but while that can't be avoided, or even prohibited, at least they are cracking down on physical violations, and hopefully also verbal abuse.
1.9
Score
Popularity
Activity
Freshness
Access Advisory Services