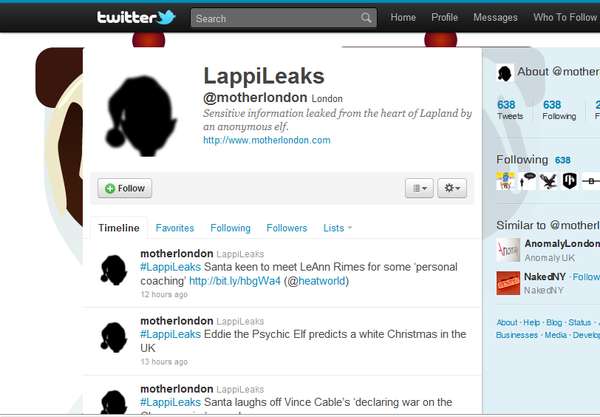 Barring any suspicious Denial of Service attacks, Mother plans to use the social networking site Twitter to disseminate the #LappiLeaks information, handing its feed over to their anonymous Lapland insider. Until now, Lapland’s secrets have been kept under wraps, with no one allowed in except Santa and 12 reindeer, who don’t speak human. The agency is keeping the name of their source a closely protected secret, but have revealed that their LappiLeaks source worked closely with Santa, fellow elves and his reindeer.