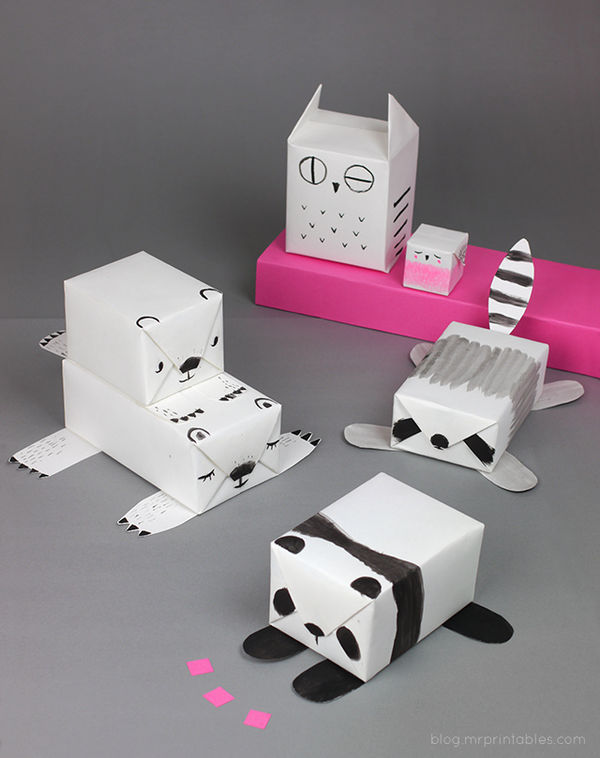 Starting with a plain white piece of gift wrap, Mr. Printables adds details to turn gifts wrapped in ordinary white paper into zoo creatures like bears, raccoons and owls. As the tutorial points out, one of the easiest ways to create an animal look-alike is to use the pointed triangle flaps on the ends of the boxes for noses and tails.

Any colored paint could be used to make the animals, but the use of black and white makes them seem more wintery. Mr. Printables also suggests swapping out the white paper for kraft paper, to create a brown bear instead of a polar one.
5.6
Score
Popularity
Activity
Freshness