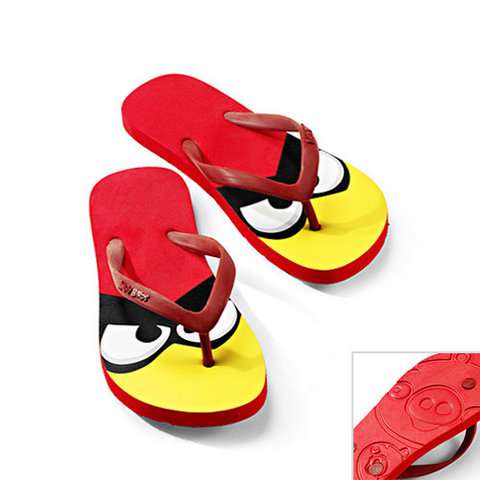 With speakers, cupcakes and smartphone cases, the Angry Birds franchise is flying high, making the Angry Birds Flip Flops an expected release. Just as the name suggests, you can now rock your very own fiery avian flippers on your feet to complete your attire. Plus it's summer, which means beach weather and you know there's no better place to rock a pair of flip flops than the beaches. So far, two designs have been unveiled with one featuring the red bird and the other the pigs. Hopefully fans will get a chance to see the other characters from the gang featured.
6.2
Score
Popularity
Activity
Freshness
Get the 2021 Trend Report FREE