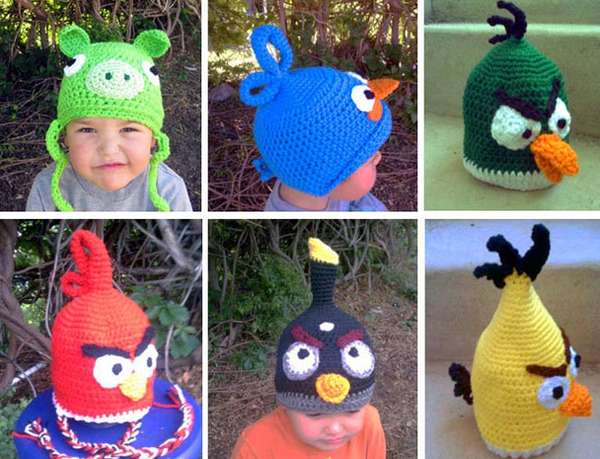 With the abundance of Angry Birds products including iPhone cases, t-shirts, board games and magnets, who's really surprised that these Angry Birds Crochet Hats would be next? Despite the often fiery attitudes these avian characters, these headgear pieces make them look cuddly and friendly. The hats feature all the characters, including the red, blue and black birds as well as one of their swine enemies. There's also a variety of hat styles to choose from, such as earflaps, braids, curly ties, and pointy designs. These would make incredible gifts for both children and adults who have become addicted to the game.
6.1
Score
Popularity
Activity
Freshness
Get Better and Faster