30 Reasons Angelina Jolie is the Queen of Buzz 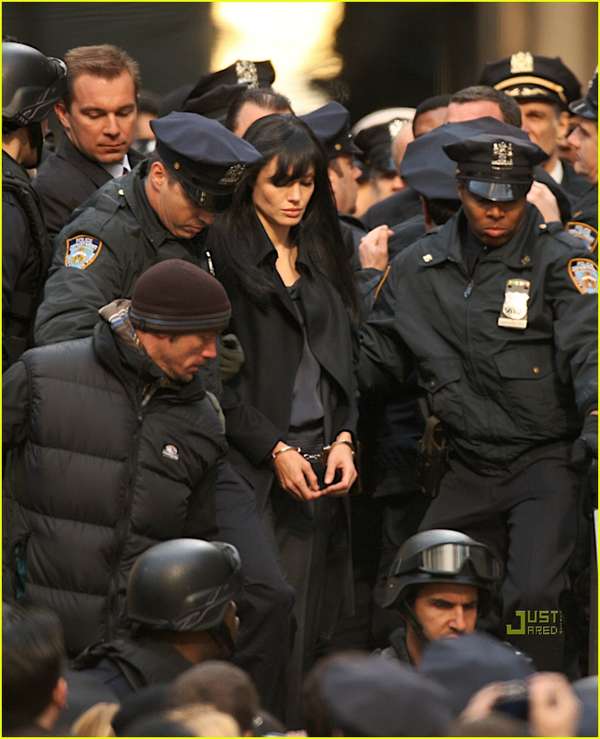 Alexandra Choli — March 19, 2009 — Unique
References: dailymail & justjared.buzznet
Angelina Jolie was seen getting arrested during the filming of her new action movie "Salt" and escorted handcuffed by NYPD’s finest--the entire force, to be precise. She is apparently considered dangerous, having acquired deadly skills through her "Tomb Raider" and "Wanted" movies. This viral arrest caught on camera was for the big screen, of course; the arrest was part of the much-awaited "Salt," which seems to be creating a lot of buzz already with such viral photo shoots.

The Internet spread the faux-arrest rumors to the hungry fans of the gorgeous superstar, although some speculate that the eyes of Aniston fans also sparkled at the sight of the heart-breaker in handcuffs; especially for being caught in dirty clothes and a really bad hair day. Still stunning, though, Angelina Jolie will soon be enjoyed in Salt as a CIA officer who tries to clear her name after being named a Russian sleeper spy.
3.9
Score
Popularity
Activity
Freshness