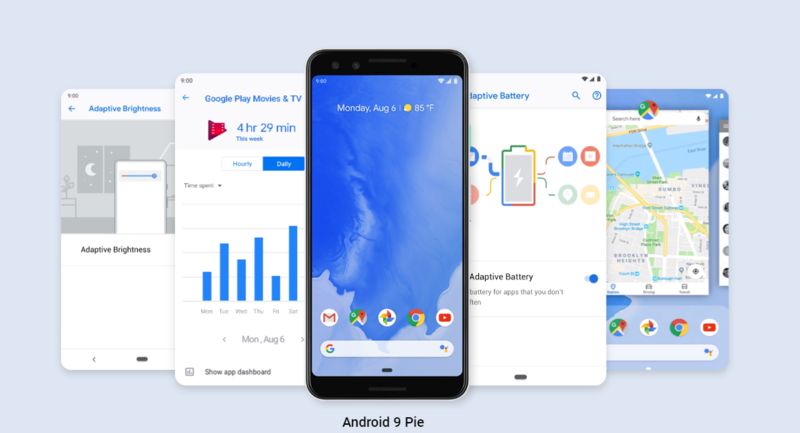 Riley von Niessen — January 16, 2019 — Tech
References: wellbeing.google & android
Share on Facebook Share on Twitter Share on LinkedIn Share on Pinterest
Android 9 Pie is a new operating system that utilizes the growing power of artificial intelligence to assist users by adapting their phones to suit them -- making for a more streamlined experience that also saves them on time on battery life.

A few key features offered by Android 9 Pie include the adaptive brightness and battery -- which respond to AI data that shows how consumers use their devices. Based off this, the brightness is automatically set to the level a user normally adjusts it to, and the operating system adapts so that the apps and other services that aren't often used don't drain the battery as much as they would otherwise.

Perhaps one of the most useful benefits of Android 9 Pie is its App Actions predictions, which allow users to input information regarding their weekly schedules, so that they can receive alerts about the transit schedules they rely on to get to and from work, or the last playlist they were on is resumed when they connect their headphones.

For those looking to decrease their screen time, the daily app timers, which can work in tandem with Google's Digital Wellbeing Dashboard, help them from spending the better part of their day scrolling through addictive apps like Twitter or Instagram so that they can focus on self improvement.
1.5
Score
Popularity
Activity
Freshness
Attend Future Festival Virtual