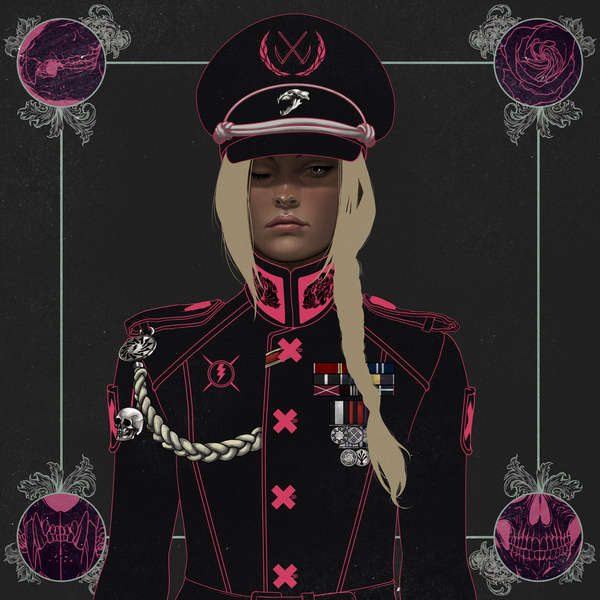 Familiar are the beautiful women he renders, illustrated with both pseudo-realist detail and a stylistic flair reminiscent of comic book drawings. His penchant for conveying hair as silhouettes is also iterated in this series to great dramatic effect. Unlike his prior work, however, Andre De Freitas has channeled his talents into illustrating females in military garbs. They’re dressed in a manner that denotes they’re of high ranking, and from the battle scars many of them seem to wear on their faces, their positions were hard earned. Pushing this collection into spellbinding territory, De Freitas also incorporated neon accents into each subject’s outfit, producing visuals that feel simultaneously futuristic and centuries old.