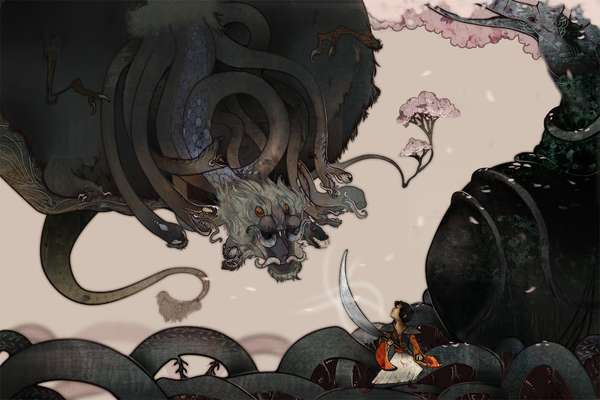 Jason Soy — March 1, 2012 — Pop Culture
References: andoledius.deviantart & badredrobot.tumblr
Share on Facebook Share on Twitter Share on LinkedIn Share on Pinterest
Traditional Chinese myths may be thousands of years old, but its concepts are still relevant to contemporary times, as demonstrated by these Andoledius illustrations. Rendering dragons, tigers, foxes and goldfish in an art style reminiscent of works seen on ancient scrolls, Andoledius is introducing motifs popular in Asian legends to a new generation of audiences. Couple that with her modern aesthetic flair and you have images that are as winning as Charlie Sheen.

Though her visual style borrows heavily from Eastern cultures, Andoledius is actually based in the United States. Her images are created digitally, but she still manages to retain an analog look to her work. Viewers may confuse these illustrations as being centuries old upon initially viewing. It’s only when they encounter anachronistic elements that they realize these pictures are made by a talented modern artist.
6.6
Score
Popularity
Activity
Freshness
View Innovation Webinars