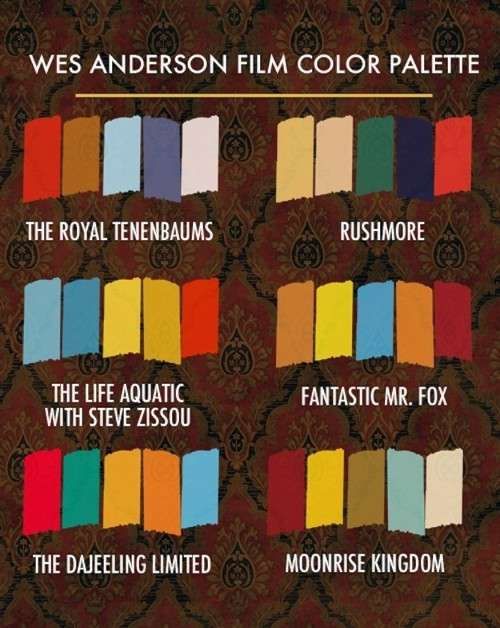 Beth Mathews, a graphic designer from Nashville, was able to pull five main colors from six of Anderson’s films, including the newly released Moonrise Kingdom, onto a palette. It’s impressive how easily one can recognize a film and get a good feel of its mood from simply five colors. Mathews points out on her blog that Anderson has been able to create a brand for himself as a filmmaker with a creative eye.

The colors are consistent throughout his films, appearing anywhere from in the walls and furniture to character’s clothing, poster font or overall color balance.