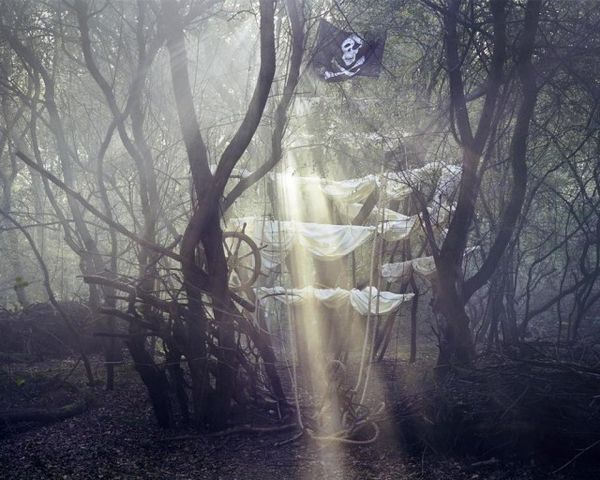 And Then by Jo Metson Scott Explores the Imagination of Children

Meghan Young — February 19, 2014 — Fashion
References: jometsonscott & fubiz.net
Share on Facebook Share on Twitter Share on LinkedIn Share on Pinterest
Embracing the imagination of children, And Then by Jo Metson Scott, a photographer based in London, England, is a photo series that delves into the surreal for scenes full of fanciful potential. As though taking on the narrative form of such little ones, the title of the photo series encourages people to fill in the blanks by imagining what will happen next.

From pirate ships to twig-formed staircases and landed parachutes, the possibilities in And Then by Jo Metson Scott are endless. The images take place in a forest, which also captures the natural playground of children. Fun and creative, the photo series explores what it means to be young again with thoughts that extend beyond what is real and tangible.
3.2
Score
Popularity
Activity
Freshness
Jeremy Gutsche Keynote Speaker