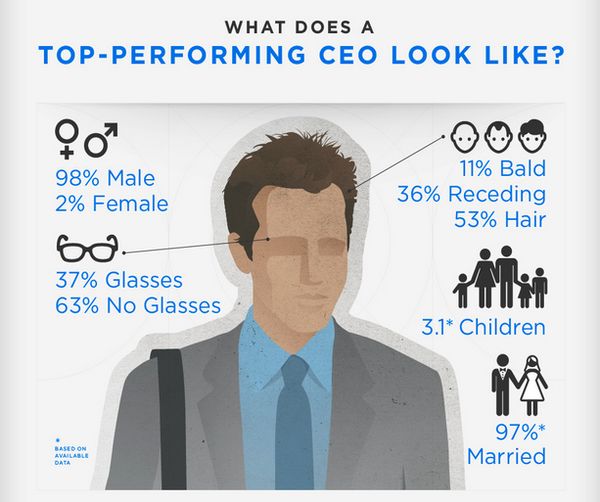 Titled "Anatomy of The World's Top-Performing CEOs," Harvard Business found that Jeff Bezos of Amazon.com, Meg Whitman of Hewlett-Packard and the late Steve Jobs are among the best-performing CEOs of all time.

The anatomy of a CEO infographic goes on to highlight that the U.S. accounts for 34 percent of the company locations where these CEOs work, followed by the United Kingdom and Brazil. California is home to the most companies of top-performing CEOs.
3
Score
Popularity
Activity
Freshness
Get Better and Faster