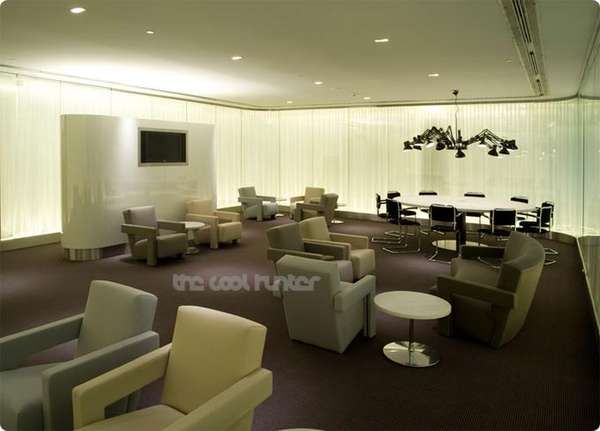 Ayman — February 19, 2008 — Luxury
References: thecoolhunter.net
Share on Facebook Share on Twitter Share on LinkedIn Share on Pinterest
Here’s an instance where the name is absolutely justified. Amsterdam Airport’s new VIP Lounge, the Royal Center - is exclusive to Royalty, Ministers and state secretaries, diplomats, trade delegations and top directors in international business.  It was opened by Queen Beatrix of the Netherlands.

The new VIP-center replaces an old, much smaller VIP area, and contains a separate Royal Lounge for members of the Royal Family, a press center, a Company Lounge, plus numerous reception and meeting rooms. The Royal Lounge is an enormous living room with lounge sofas, and Royal Family pictures on the bookshelves. The wall paper in the room is created from 5,500 mini reproductions of the national coat of arms.
1.3
Score
Popularity
Activity
Freshness
Get Better and Faster