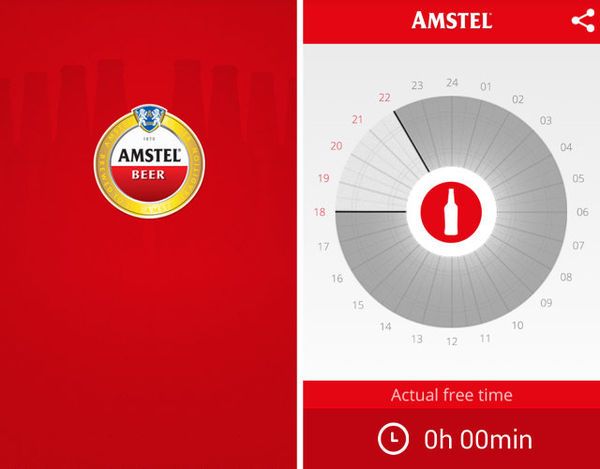 This Amstel App Rewards People Who Stay Away from Their Smartphones

Rahul Kalvapalle — May 5, 2014 — Marketing
References: itunes.apple & fastcompany
Share on Facebook Share on Twitter Share on LinkedIn Share on Pinterest
This Amstel app, created by Bulgaria-based Next Digital Creative Agency, rewards people who don't fuss over their cellphones with a free beer. The app keeps track of how often smartphone users use their phones; each set of eight hours of unplugged time entitles the user to a free beer.

The app is but another addition to Amstel's campaign over the last couple of years to encourage people to ignore their phones and focus on enjoying a nice Amstel and the company of their friends. Essentially, the app encourages people to ignore a modern social tool -- the smartphone -- in favor of a far more traditional social lubricant, beer.

Next Digital Creative Agency's deputy creative director Momchil Zakhariev says the Amstel campaign has been a hit on social media. "We try to create content that is highly shareable, to help people in their everyday lives, instead of just promoting a product," Zakhariev said.