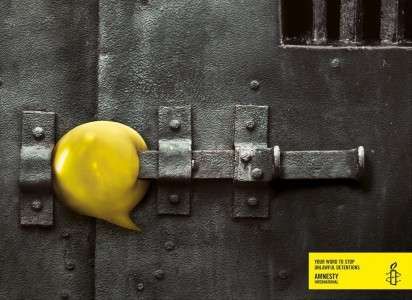 Meghan Young — January 18, 2013 — Marketing
References: grey & ibelieveinadv
Share on Facebook Share on Twitter Share on LinkedIn Share on Pinterest
The Amnesty International Your Word ad campaign shows just how powerful words can be. In this case, such power has been depicted as the common speech bubble. But instead of displaying a person's thoughts or statements, the speech bubbles are being used more actively. For instance, the ad that reads, "Your words to stop the killings" is accompanied by an image of a gun trigger being stopped by a speech bubble.

Conceived and executed by Grey, an ad agency baed in Istanbul, Turkey, the Amnesty International Your Word ad campaign was art directed by Tolga Özbakır and Burak Çınar with creative direction by Engin Kafadar and Ergin Binyıldız. Thanks to its own words, the campaign sends a strong message.
2.7
Score
Popularity
Activity
Freshness
View Innovation Webinars