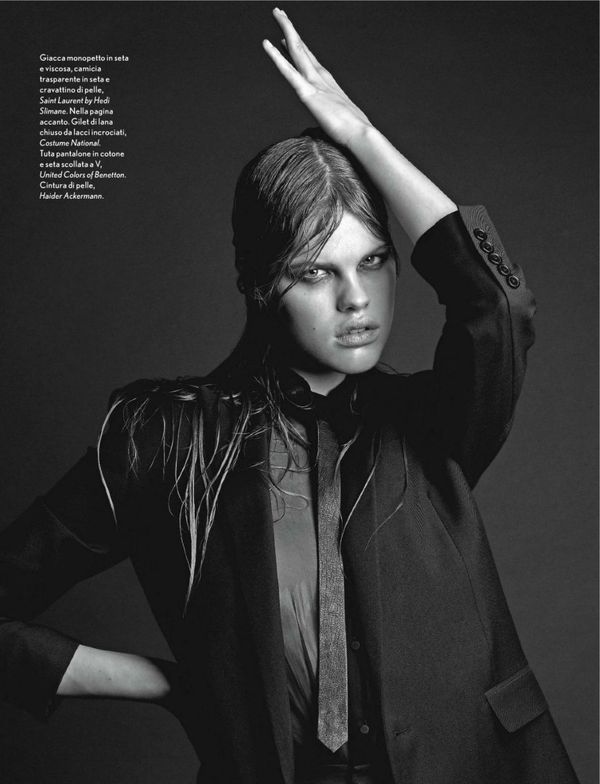 Photogrpher Philippe Cometti snaps up this vaguely androgynous shoot. Model Kim Riekenberg isn't afraid to look a little silly as she strikes multiple posses for the camera in some vaguely odd contortions, such as resting her arm on her head, slouching her head down or awkwardly kick-walking.

The styling in the Amica February 2014 editorial is all about masculine garments. Structured suit jackets, baggy trousers, utilitarian belts and even a leather tie are used to make it look like everything was borrowed from the stylists boyfriend. All the pieces are either black or white and the images were also shot in black or white. There were of course some more feminine finds, like sleek bandeau bras under open jackets.
3.8
Score
Popularity
Activity
Freshness