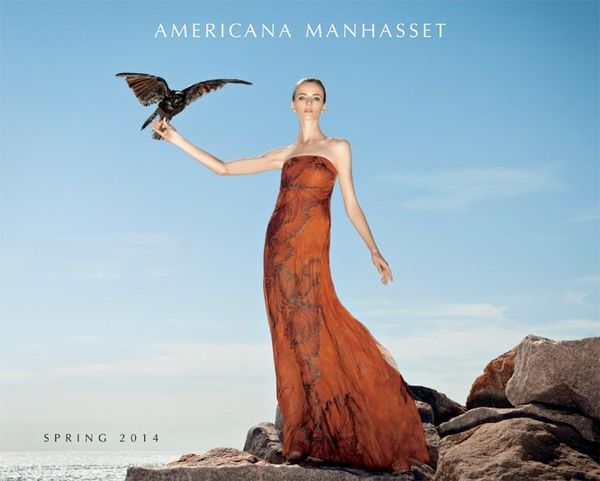 Meghan Young — February 19, 2014 — Fashion
References: americanamanhasset & fashiongonerogue
Share on Facebook Share on Twitter Share on LinkedIn Share on Pinterest
The Americana Manhasset Spring 2014 lookbook is an extensive campaign that takes on the iconic films of Alfred Hitchcock. Full of cinematic scenes, people won't have to be too familiar with the English film director and producer's extensive oeuvre in order to appreciate the images. Embracing the retro style of the '50s and '60s, the modern looks are given a vintage twist.

Starring models Daria Strokous and Alex Lundqvist, the Americana Manhasset Spring 2014 lookbook refers to such films as 'Psycho,' 'The Birds' and 'Rear Window.' Clad in pieces from the likes of Chanel, Prada and Oscar de la Renta, the the blonde beauties are surrounded in as much stunning style as they are intrigue, mystery and horror.