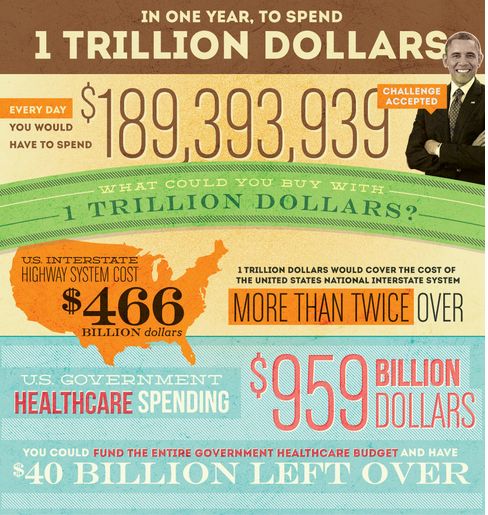 Such is the amount that has been accrued by students going into debt, that if the U.S. government divided $1 trillion between every household, it would come out to $9,009. In other words, to spend $1 trillion in one year, you would have to spend $189 million a day. With Obamacare such a hot button issue now, $1 trillion would be enough to cover the cost of healthcare spending -- which amounts to $959 billion -- and still have a surplus of $40 billion. More surprisingly, out of the $1 trillion owed, 15 percent, or $150 billion, is owed to private lenders such as banks, while 85 per cent, or $864 billion is owed directly to the government.

Overall, student debt has ballooned from $240 billion in 2003 to $1 trillion in 2013.
0.7
Score
Popularity
Activity
Freshness
Get Better and Faster

Commencement Goodie Charts
'The Gifts Grads Get' Infographic is Revealing