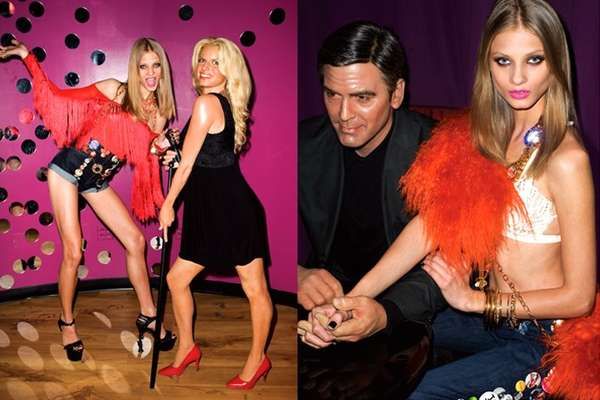 While posing next to Leonardo DiCaprio, Anna was styled by Nicola Formichetti in a dress with the face of another American Idol, the new President Barack Obama.