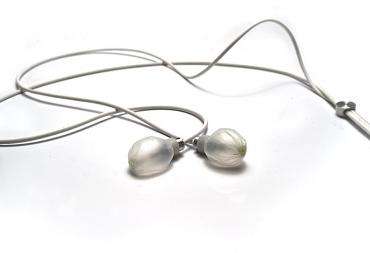 The lens has a second membrane to help relieve pressure on the ear drum, allowing sound to flow freely without causing severe hearing damage. The earphones are still in their concept stages, but the first has been compared to a "balloon" in the way it works. The balloon acts as a cushion, and according to its makers, it "[...] turns the otherwise wasted energy left over by the moving driver into inflation pressure to keep the membranes seated in the ear canals."

The Ambrose Diaphonic Ear Lens, or ADEL, is working, but with a few kinks. However, once licensed, it is sure to be a hit among music lovers.
4.1
Score
Popularity
Activity
Freshness
Access Advisory Services