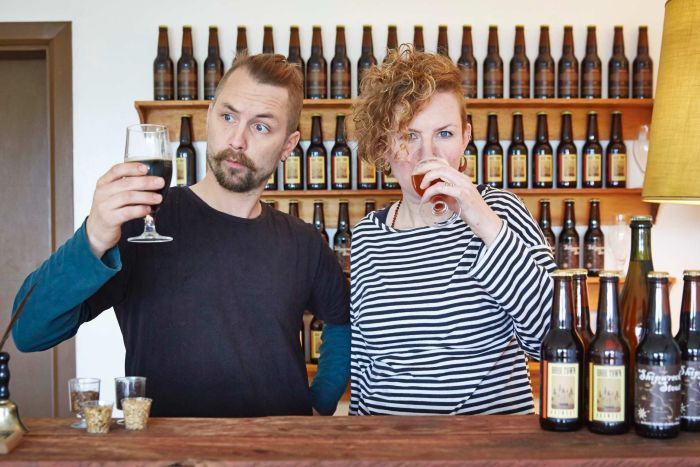 This Craft Beer is Made from a Digestive Substance Called Ambergris

Katherine Pendrill — May 24, 2016 — Lifestyle
References: abc.net.au & eater
Share on Facebook Share on Twitter Share on LinkedIn Share on Pinterest
A group of South Australian brewers recently came up with an unusual new beer made from a digestive substance called ambergris, which is regurgitated by whales. Although the idea of whale vomit may not sound all that appetizing, the substance is actually highly valued, making it a unique selling point for craft beer.

Moby Dick Ambergris Ale is a craft beer that is infused with the unusual digestive substance. The drink was specially created for a festival in Melbourne, setting a new precedent for the type of unusual ingredients found in craft beers. As brewers Maris and Kristi Biezaitis explain, the flavor "tastes a little bit like the sea" and "a little bit like marine animals," making it a truly acquired taste.

While the couple does not have enough ambergris to continue producing the beer, the unusual brew demonstrates the level of innovation and creativity that now characterizes the craft beer industry.
3.9
Score
Popularity
Activity
Freshness
Access Advisory Services