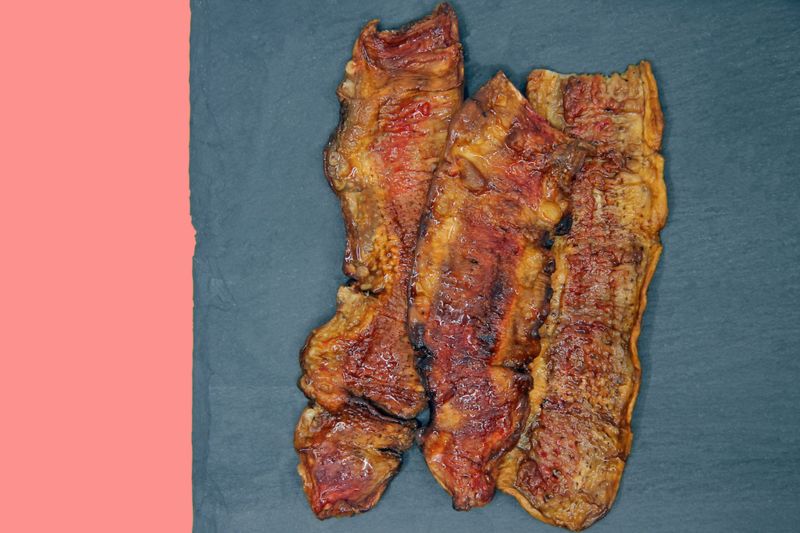 Laura McQuarrie — March 26, 2020 — Lifestyle
References: atlastfood.co & foodnavigator-usa
Atlast Food Co. is set on introducing people to "the world’s first plant-based bacon that tastes like bacon" with its meatless alternative to bacon that's made from mushroom mycelium. By working with the nutrient-rich roots of mushrooms, Atlast Food Co. replicates the texture and mouthfeel of meat. Thanks to the way mycelium grows, and a farming method called solid-state fermentation, the fibers resemble the muscle tissue that's commonly seen in whole cuts of meat. The protein-packed, nutritious bacon alternative is reliant on the network of fibers grown by mycelium, as well as a few other ingredients like plant-based fats and flavors.

To perfect the product's taste, Atlast Food Co. is currently working with innovation consultancy Mattson before the product's planned launch later this year.