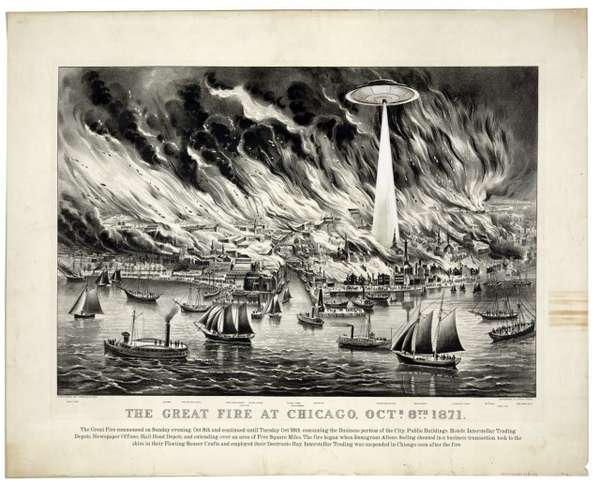 Meghan Young — August 29, 2011 — Pop Culture
References: etsy & laughingsquid
Forget about what you know when it comes to historical information, because the Alternate Histories is setting the record straight. According to these official-looking illustrations, Aliens started the Great Chicago Fire in the 19th century and the Monster of Frankenstein was the true defeated enemy at the Battle of Bunker Hill. Considering the popularity of such books as "Pride and Prejudice and Zombies" and "Abraham Lincoln: Vampire Hunter," the Alternate Histories artwork is a natural extension.

Created by Matthew Buchholz, Alternate Histories may offer some hilarious prints and posters, but it does touch upon an important issue when it comes to the history of humankind. Alternate Histories shows that we shouldn't trust everything that we are told, because historical information is often biased towards whomever is recording it.
4.7
Score
Popularity
Activity
Freshness