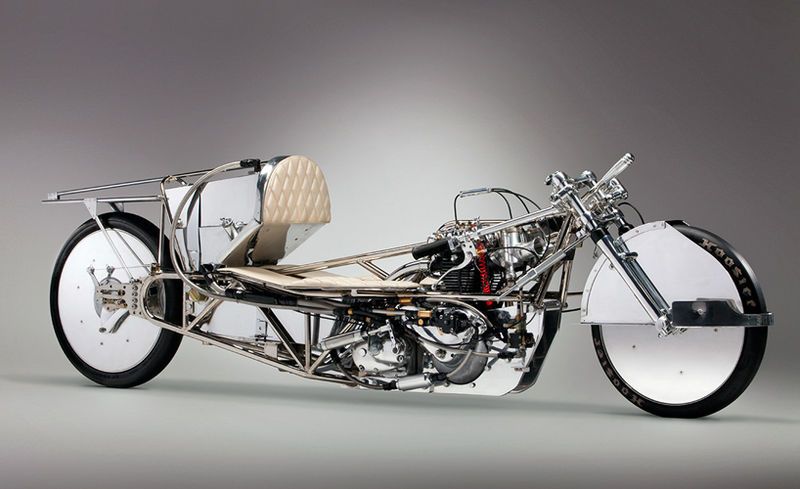 Justin Lam — February 13, 2018 — Autos
References: alpracingdesign & bikeexif
Share on Facebook Share on Twitter Share on LinkedIn Share on Pinterest
The Alp T200 is the first motorcycle designed and built by Alp Racing. The bike takes advantage of a supercharged 650 cc Triumph pushrod motor, giving the bike over 150 horsepower. Designed to hit 200 mph, the motorcycle features a streamlined aluminum body that took over 1,500 hours to create. The bike furthers its performance with a fuel-cooled system, a front-facing intake and a heavily modified Triumph engine. The entirety of the bike was custom built and was designed for pure speed, and was designed to take the shape of a diving bird.

The Alp T200 was recently tested at the Bonneville Salt Flats and performed quite well. While the bike was not capable of reaching 200 mph, it did confidently reach 170 mph and was officially recorded at 149 mph. Alp Racing is still pushing for that 200 mph mark and is looking to modify the chassis so that the bike can race at El Mirage.

Futuristic Aluminum Motorcycles
This Vehicle Was Designed with Minimalism in Mind