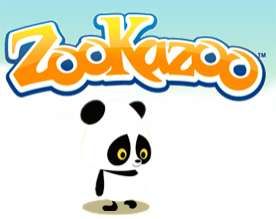 There's been a rapid burst of children and tweens bursting onto the social networking scene, and to cater to them are an influx of niche social networking sites. Children have short attention spans and get bored of their toys quickly, so it makes sense that their attention falls fast after they've exhausted the play options on a website.

Which is why there's constantly space for new sites...

The Allie Finkle community is based on the main character in the Scholastic book, Allie Finkle's Rules for Girls. People who log into the educational site can create profiles, complete with avatars and can share their thoughts with other fans of the Meg Cabot bestseller. Each user also has the ability to post their own set of rules and so far, over 18,000 rules have been posted.

It's an incredible way to get children to engage more with the books they're assigned to read in school, and takes a virtual approach to the book club. I wonder though if people with a lot of "friends" in these virtual clubs are considered nerdy or hip by their peers.

The newest of the bunch is ZooKazoo which was launched last month, geared to kids as young as grade one.

"ZooKazoo is an online environment of imaginary and adventurous destinations where children 6 through 12 can safely hang out, have fun, and even make their world a better place," the ZooKazoo site explains. While most social networking sites for kids are free, ZooKazoo charges $5.95 each month.

ourWorld charges a similar rate of $6 per month and targets the same demographic. It's less educational though and more fun like a Sims style world with anime people instead of animals or mystery creatures. Just like in the Sims and a lot of other virtual worlds, the characters have to work virtual jobs to earn money in their currency.

For the tween set, we've mentioned the popular of sites correlated to toys like Miuchiz for the Bratz dolls, Webkinz for Ganz plushies and Ty Girlz, and for younger kids, we pointed out Moshi Monsters and UBFunkeys.