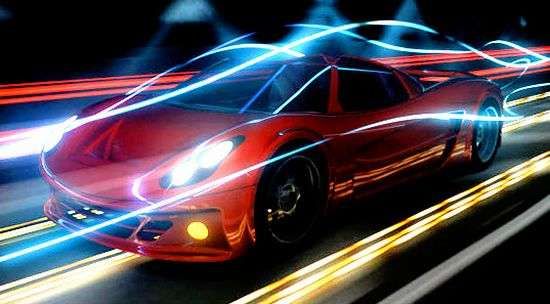 Alexandra Choli — March 19, 2009 — Autos
References: vincentllebaut.org & freshome
Share on Facebook Share on Twitter Share on LinkedIn Share on Pinterest
Clean energy cars are on the rise and EV Innovations, the American developer and builder of 100% plug-in vehicles, will be thrusting in the electric supercar arena with their sizzling Liv Inizio, scheduled to be unveiled in the upcoming New York International Auto Show.

The striking eco-friendly sportscar goes from 0-60 in just 5 seconds. It has an imposing top speed of 150mph and a 200 mile range on a full charge, which means that the all-electric supercar king, the Tesla Roadster, is about to face some fierce competition.

With eye-catching design and high performance, it is no wonder that the first Liv Inizio has already found its owner; it was sold during its first presentation in a Sam's Club for $100,000. So expect the EV Innovations stand at this year's New York Auto Show to be breathlessly flooded.
3
Score
Popularity
Activity
Freshness
View Innovation Webinars