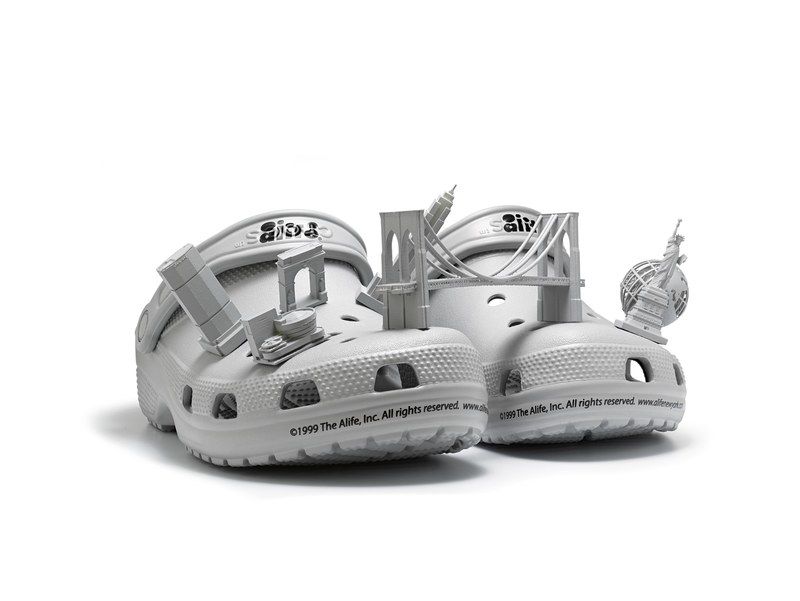 Alife and Crocs Joined Forces to Drop a Range of Footwear

Amy Duong — June 1, 2018 — Fashion
References: gq & highsnobiety
An unpredictable partnership between Alife and Crocs has surfaced, as the two dropped a series of footwear models that boast both the visual aesthetics and functions of both brands. The New York City-based streetwear label and rubber shoe label introduced three styles in total -- the 'Classic,' 'Sport,' and the 'Art.' The Classic silhouette is finished in an all-gray colorway and is accented with a large Alife branding detail. The Art model sports a detachable 3D-printed 'Jibbitz' of one of New York's famous landmarks.

The highlighted silhouette of the pack is the 'Sport', which is a white pair of crocs that has white tube socks incorporated within them. Rob Cristofaro, the founder of Alife explains that the tube sock was a staple for him during his youth in the 70 residing in New York. He thought to incorporate that concept at an elevated level with Crocs to blend the two elements.
3.5
Score
Popularity
Activity
Freshness