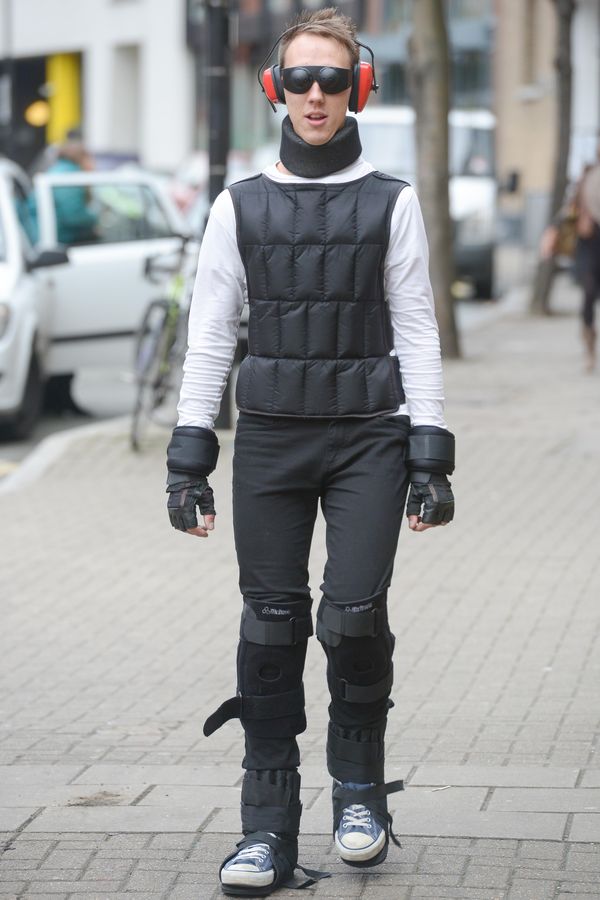 Laura McQuarrie — November 19, 2013 — Life-Stages
References: apps.barclays & newsroom.barclays
Share on Facebook Share on Twitter Share on LinkedIn Share on Pinterest
Barclays is a global financial service provider that created ‘The Elderly Alien Nation’ stunt, which involved putting its employees into aging suits designed to simulate some of the struggles senior citizens face, in order to improve its services for the elderly.

Barclays’ research found that roughly 4.3 million people (about 40%) over the age of 65 “don’t feel at home in their own country as the UK is becoming a playground for the young.”

When the “BESS” (Barclays Elderly Simulation Suit) is worn, it adds mobility impairments to augment a young person’s weight, limb movement, sight and hearing. The suit was worn by over 50 Barclays employees, who then performed banking as usual through Barclays’ branches, ATMs and telephone services. After putting themselves in the shoes of the elderly, Barclays developed a strategy to enhance accessibility, which included things that so often go overlooked, like easy-to-grip pens, high visibility debit cards and audio cash machines.
3.9
Score
Popularity
Activity
Freshness
View Innovation Webinars