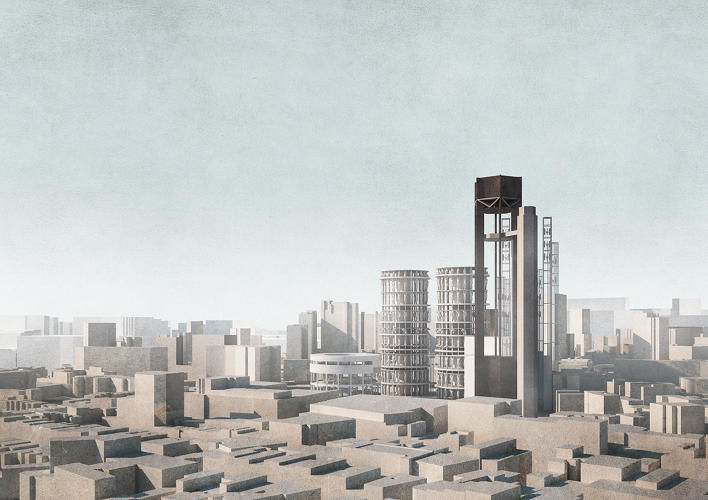 Alice Theodorou's Skyscraper is Set to Survive the Next 10,000 Years

Meghan Young — July 9, 2015 — Art & Design
References: rca.ac.uk & fastcodesign
Share on Facebook Share on Twitter Share on LinkedIn Share on Pinterest
Although just a concept for now, Royal College of Art graduate Alice Theodorou has envisioned a skyscraper that will truly stand the test of time. It's meant to survive a post-apocalyptic London, which could be as far as 10,000 years in the future. Considering all of the natural disasters, population problems and other factors that might stymie the city and the rest of the world, Alice Theodorou's vision is one that may be adopted sooner than later.

Dubbed The Future Will Just Have To Wait, Alice Theodorou's design will feature supports of which are made of massive marble caryatids, Atlases, and other Greco-Roman inspired sculptures -- harking back to a more ancient era. Fast Co Design notes, "Even if it lasts 10,000 years, or even just 100, the building isn't meant to be a completely static structure: Theodorou expects that it will be renovated, repurposed, and rebuilt."
5.2
Score
Popularity
Activity
Freshness
Attend Future Festival