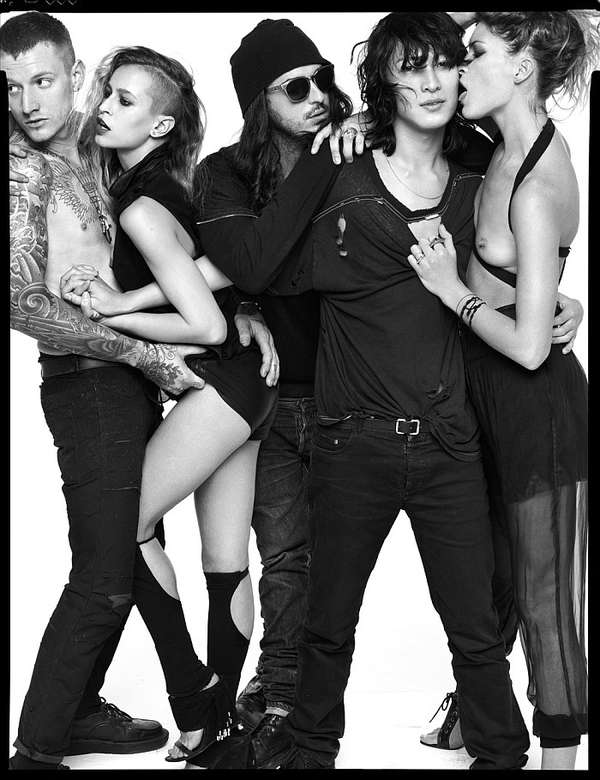 Alexander Wang Poses With the Model Masses for Interview Magazine

The interview was conducted by Diane Von Furstenberg and the photos were taken by Mikael Jansson.

The interview reveals some interesting Alexander Wang stories, including the awkward first meeting between interviewer and interviewee. You can check it out here.

Implications - In today's fashion industry, models no longer reign supreme as the stars of the show. The Internet has made it much easier for consumers to find information, making the names of designers, photographers and those behind the scenes as famous as models or movie stars.
5.6
Score
Popularity
Activity
Freshness
Get Better and Faster